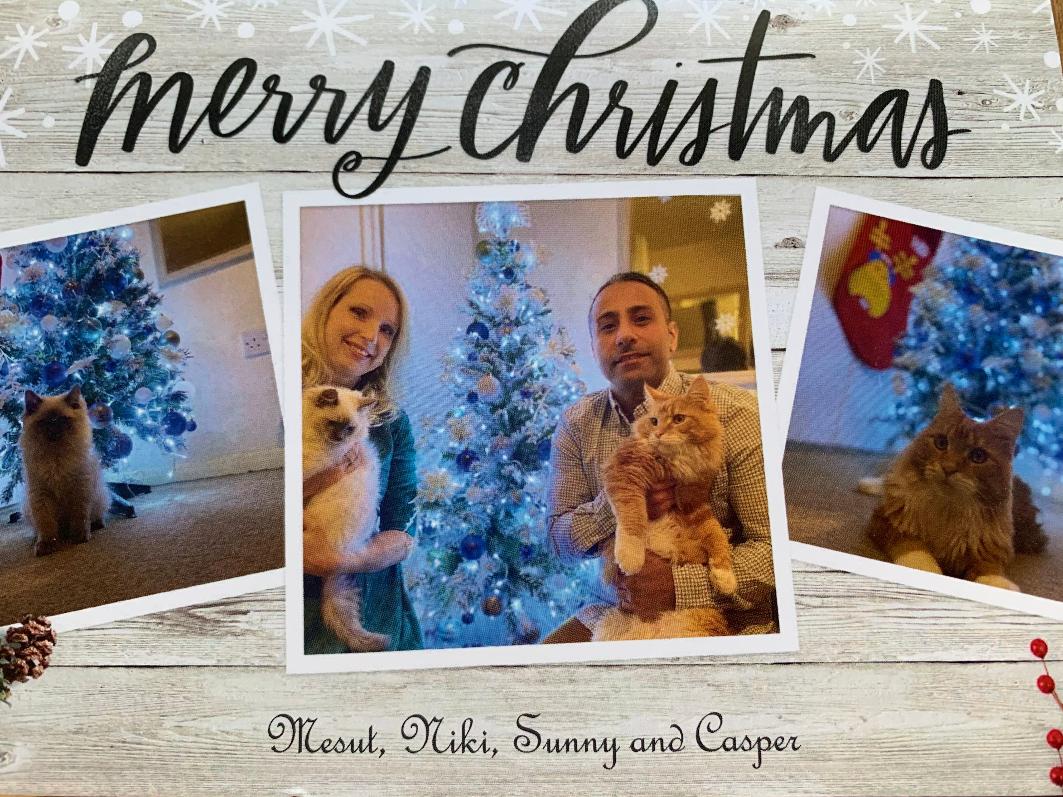 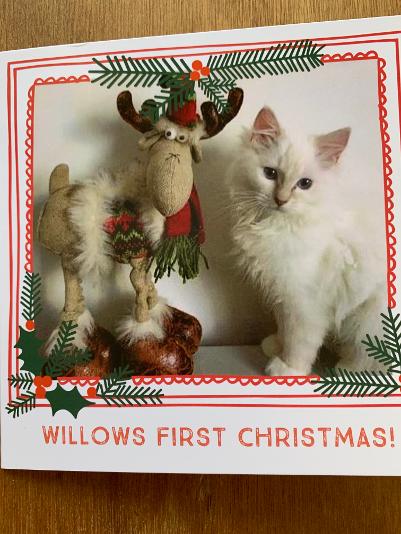 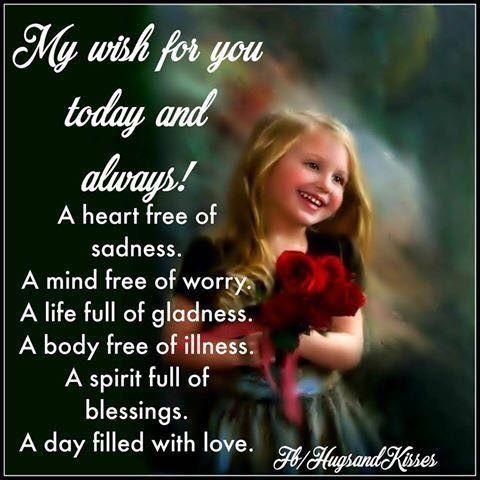 The Original Traditional and Patriarca Bloodlines

I have excellent Pet Courier, Simon can deliver
our fur babies to you.
My Qualifications

Diploma in Feline Behaviour and Psychology

Supporter of the Cats Protection League

I am not associated with any other breeders or catteries.
My cats are HCM Negative, also without any known genetic problems.
Representative for the Ragdoll Breed,
on the International Breed Council
My cats are bred for perfection of the Original Traditional Pure bloodlines

I REALLY am always happy to help anyone who needs it !
(you don't need to have one of my offspring!)
so please don't hesitate to ring me if you need help or advice
01202 020 990 or 07989 189 888 (between 10am - 7pm)
Help & Advice for...... Rehoming (always a difficult subject)
Anyone who wants a new kitten - what to do, what NOT to do !
Anyone who needs help or advice on most problems with most animals
Cats, Dogs, Horses etc etc.,
I've bred them all to excellent standards, plus judged so my standards are high!
and any problems I've probably been there myself !
Anyone who is concerned about introducing a new kitten to a home where there are already cats present

(yes I have a DIVA as well - she is jealous of any of my other cats - but its not such a big problem as you think !)
In my 70+  years I have learned much, worked as Veterinary Nurse etc. etc.

Just too much information to put on here .....
but believe me I have the knowledge & experience to help anyone !
I started breeding with MICE when I was 6 yrs old, by the time I was 11 yrs old I was seriously involved with genetics,
and ended up with 147 Mice, all categorised according to colour, temperament etc. etc.
I then moved on to Rabbits, then Guinea Pigs, cats, dogs, Arabian Horses, miniture horses etc etc.........

Eventually by accident in 1970/1, I purchased from a backyard breeder (more like rescued) a seal tabby female siamese, in the most awful state, from a shed, who trned out to be pregnant, so by default I started breeding Siamese Cats,
initially under the prefix of "Sharue" then Foreign Whites/Oriental White Siamese.
So, cutting a long story short ........
My GRAND CHAMPION SHARUE SUN PRINCE is a legend,
also of course the beginnings of the Shimileeta line, (my dear friend Jenny Bauerfeind)
via my GRAND CHAMPION PLATINUM PRINCE who got 14 Grand Challenge Certificates in 14 shows,
plus two other Male & Female GRAND CHAMPION SHARUE SNOW LEOPARD, AND GR. CHAMPION SHARUE TAMARISK TOYA,
]GRAND PREMIER SHARUE WILLY WAGTAIL etc. etc. etc.
And certainly many International Champions & Grand Champions that I have exported to in Europe and Worldwide,
eg. International Grand Champion Sharue Dejavu, Int. Gr. Ch. Sharue Manalishi etc. etc.

Also in the early '80's I was co-opted onto the committee of The Moulton College in Kettering,

a position I held until I moved back to London in 1997.

,Apart from the obvious committee meetings I had groups of 10 Students come that were on courses,

I taught them how to run a Licenced Boarding (FAB Approved) Cattery, also a Breeding Cattery.

In 2005 I imported International Champion De'Shiva's Lacota Warpaint;
the first International Champion of a new breed "Seychellois".
Sadly this beautiful boy brought many problems into my cattery, and I could not continue breeding,
this poor boy died just two months after he was smuggled into the country.
Then in 2007 I had a serious back injury which left me virtually unable to care for my cats,

Then over the next 7 years,  during the later part of my recovery and rehabilitation,
I took my Judging  Qualifications / Certificates with the Kennel Club,
in 2013 & 2014, finally  achieved Qualified Kennel Club Judge status in 2014.

However, I could not live without my cats so bought a couple of Ragdolls...........
(a breed which  I had underestimated, incredible, clever, loyal, more dog-like than cats!)
I found that RAGDOLL'S were the most amazing, clever, intuitive breed,
loyal and quite unlike anything I had encountered before!
Due to the lack of quality Breeders in the South of England, I decided to breed these amazing fur babies
Also if I was going to breed again,  I had to produce THE BEST,
so spent lots of £££££'s bringing in new Champion bred, traditional Ragdolls from Germany,
with outcross Traditional Pedigree's to improve and strengthen my breeding lines,
however the cost of my kittens is still pet price,
although I know 99.9999% are top show quality.
Also I am happy to help anyone who wants to show their kitten or cat,
plus in my clubs The Garden of England Cat Club and the Viking Cat Club we have "show buddies" to help you as well.

I honestly feel that if we strive to breed any species it should be the best,
I feel that anything less personally is not worth the effort,
and after all it does not cost any more to produce beautiful show quality babies,
than to breed something not worth my time,
except of course the backyard breeders who sell "cheap kittens"
Normally at 8 weeks, unvaccinated, not microchipped etc., normally with a fake pedigree, no registration etc.
All this YOU need to pay for in the end. 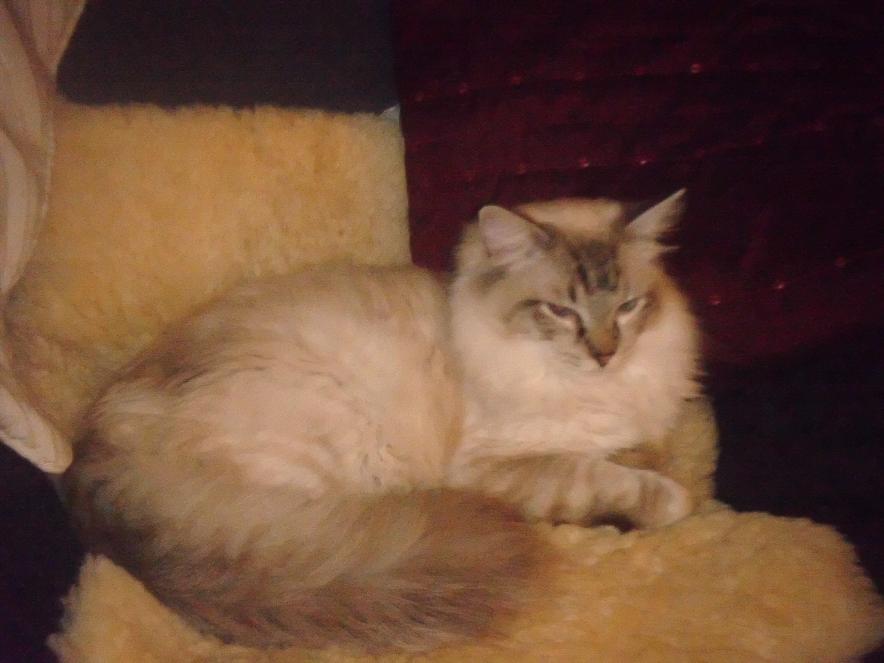 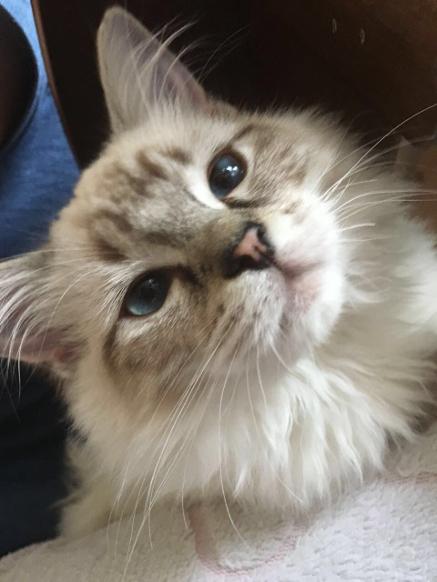 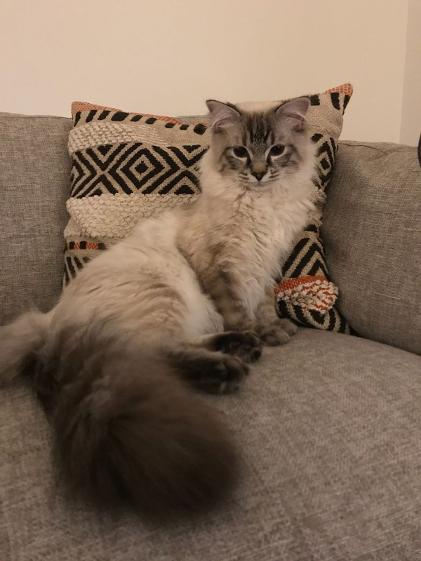 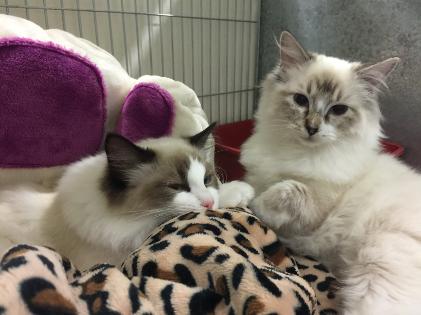 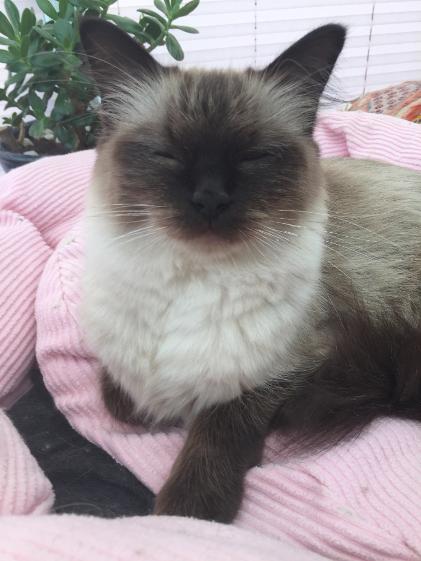 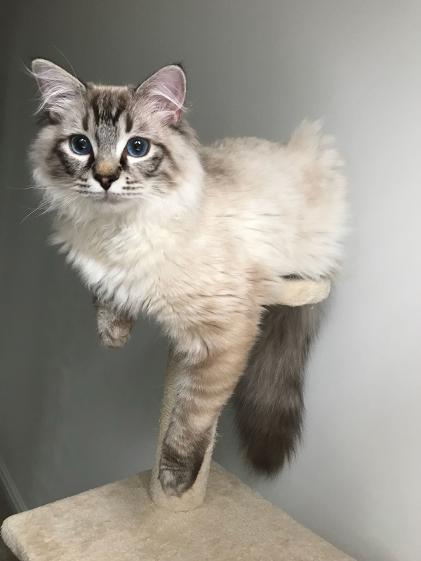 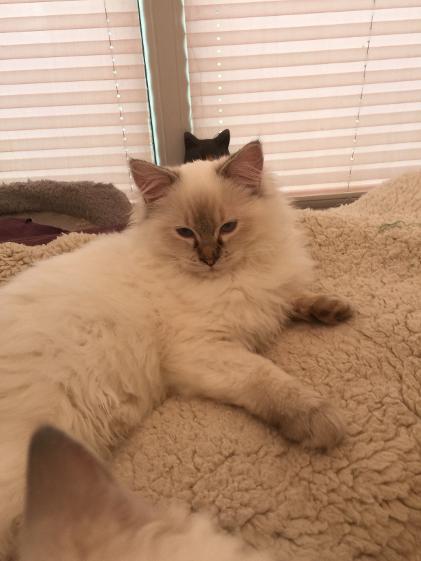 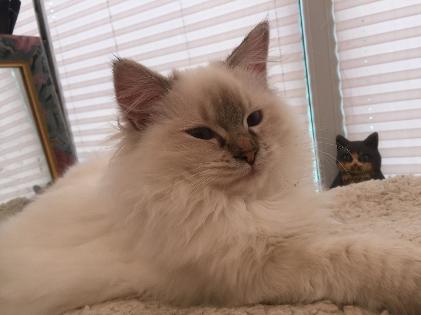 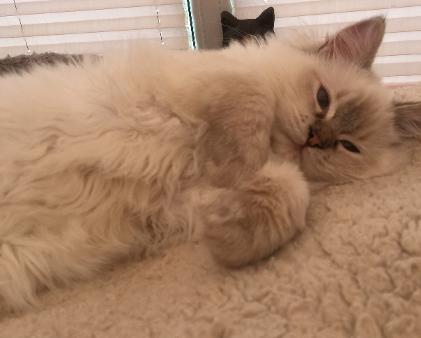 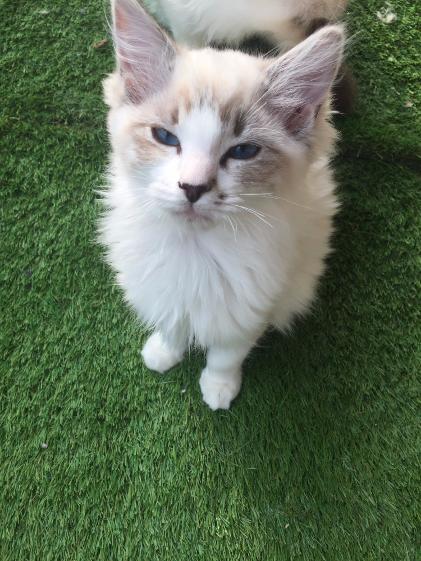 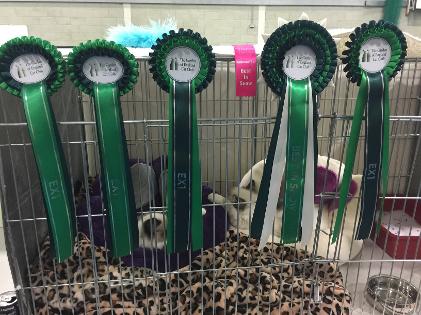 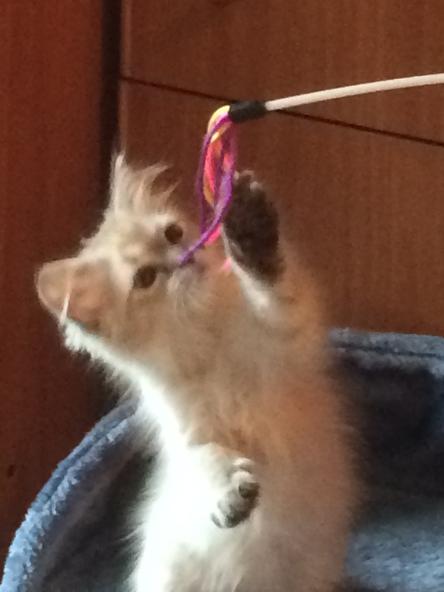 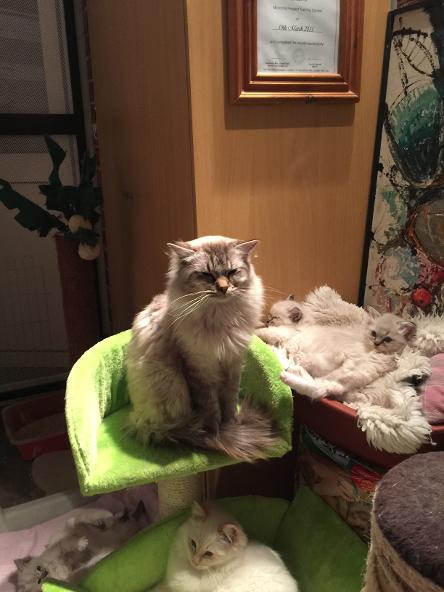 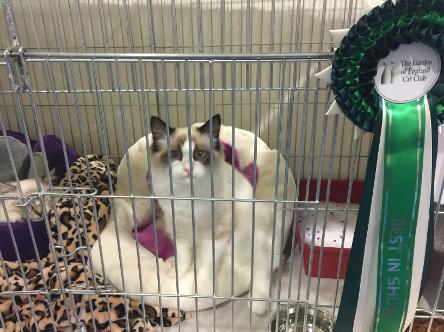 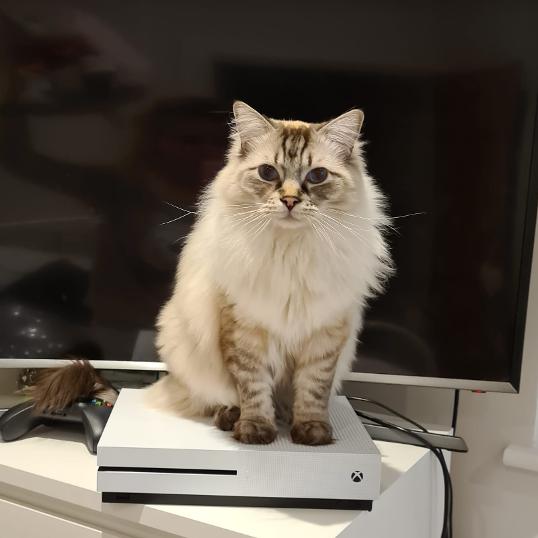 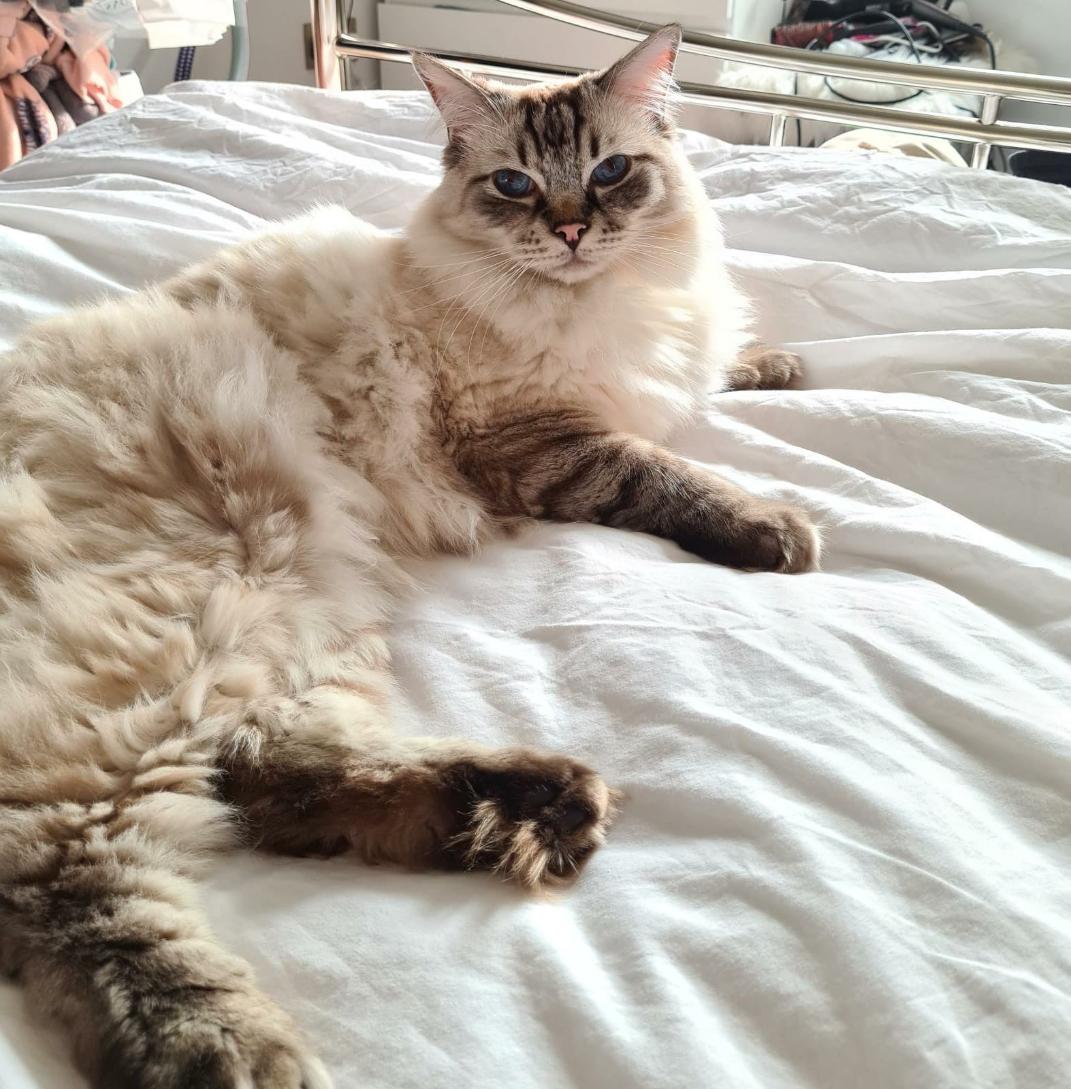